An engrossing, often disturbing, story, grippingly told. It is both every gay man’s story and unlike any you’ve ever read.

Burbidge’s book is immensely educative and should be compulsory reading on how a foreigner discovers his true nature but returns home a very strong and confident man in charge of his life. The Boatman will surely take you across the Ganga.

This tender story of naked lust and obsessive craving is as intoxicating as India itself.

Benjamin Law, author of Gaysia and The Family Law

Touching, honest, and brave, The Boatman draws us irresistibly into an intense new world. Vivid descriptions and a heady pace never let the reader go.

Dianne Highbridge, author of A Much Younger Man and In the Empire of Dreams

Unexpectedly contemporaneous, while still managing to evoke the ethos of a country in flux–the early profusion of exotica giving way to a more observed understanding of  India.
Vikram Phukan, TimeOut Mumbai

Those of us gay men who survived the eighties were all 'boatmen'. Burbidge’s memoir allows us to remember and wonder.

Jeremy Fisher, author of How to Tell Your Father to Drop Dead and Music From Another Country

While most urban gay men in '80s India might have fantasized about exploring their sexuality in the West, Burbidge stumbles upon the reverse journey, which he tells with great honesty. It would have been easier to write an exciting sexy book about a white man's adventures in India. This book is far more nuanced and all the more touching for it.

A charming account of an unspoken side of life in Mumbai in the eighties. Its strength lies in its unique perspective. Instead of coming out to his mother, Burbidge seems to come out to India.

For a country that still criminalises homosexuality, The Boatman chronicles its own cities that defy the law every night as spaces morph, people emerge and all types of liaisons are made and broken. 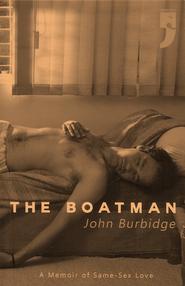 India forces one to come face to face with oneself. It can be rather disturbing.

Dame Peggy Ashcroft as Mrs Moore in A Passage to India